This blog is reposted with permission from NPC

After nearly two years of living in a pandemic, there is zero mention of population health, disease, or well-being on the landing page of the UK presidency programme for COP26. There was just one session in their two week schedule, an hour and fifteen minutes long, on climate and health. The description at least was accurate—‘Climate Change is the greatest threat to human health in the 21st Century’—so why then was this session so hidden, without signposting, at the conference?

The role of food systems too was woefully missing from the agenda. Whilst agriculture fared better, the broader significance of the food system, its bidirectional relationships with climate change and with human health, was overlooked. These are conversations that we are used to having at the London School of Hygiene & Tropical Medicine (LSHTM) and the evidence is stark.

‘What is clear is that climate change is precipitating a global health emergency’, Professor Liam Smeeth, Director of LSHTM

Whilst the presidency programme was off to a rocky start for health and food systems, there was still some hope that it would be recognised in the rest of the conference.

Sunday 31 October: Planetary health … what does that mean?

Torrential rain, flood alerts, gale-force winds and falling trees … that was just the journey to Glasgow. Extreme weather caused travel disruptions across the UK on the opening day of COP26. In London, Euston station was a sea of frustrated, confused travellers beneath bright conference banners. A televised notice read, ‘No time for delay: the world is looking to you COP26’ whilst the loudspeaker repeated, ‘All Northwestern trains are cancelled, we advise you not to travel today’. The irony. Logistical challenges were set against a constant stream of warnings of the consequences if negotiations were to fail. A new report from the World Meteorological Association announced that extreme events are the new norm. Note the use of the present tense. News stations around the world referred to COP26 as the last chance to save our planet. The Chair of the Least Developed Countries (LDCs) Group, Mr Sonam P. Wangdi, urged that: ‘Words alone are not enough … we cannot leave Glasgow without strong commitments that will ensure the survival of the billion people living in the LDCs, now and in the future.’

Crammed into the first train I’ve taken since March 2020, I use the phrase ‘planetary health’ and a fellow traveller asked, ‘what does that mean?’. We’ve got some work to do.

‘Put simply, planetary health is the health of human civilisation and the state of the natural systems on which it depends’, The Rockefeller Foundation–Lancet Commission on planetary health

The official start of the World Leaders Summit. The assembled energy of thousands of people, the wealth of knowledge they represented and the enormity of the conference site itself (its sleek design and maze-like system of zones, meeting rooms and pavilions) was impressive.

At the European Union Pavilion, the message of the public health emergency caused by climate change rang clear. Evidence presented by Professor Antonio Gasparrini of the LSHTM showed that 37% of heat related deaths are due to anthropogenic climate change, Dr Nina Hobbhahn from the European Academies Science Advisory Council urged that human health should be incorporated into all policies on climate, and Professor Sir Andy Haines of the LSHTM rounded off the session by emphasising that ‘Climate change and health are inextricably linked’.

Next-door, the International Indigenous People’s Forum on Climate Change presented the importance of Arctic food systems and their inclusion in global conversations on climate change. Food insecurity and the loss of traditional ways of life were reported on by young people from Inuit and Sámi communities from Alaska and Finland. Those with first hand evidence of the effects of climate change on food systems are often excluded from decision-making but the forum is changing that. Working group representative Dr Dalee Sambo Dorough said, ‘It has taken decades for us to have arrived at this point, I hope we don’t have to wait too much longer’. The owner of a small independent coffee shop, just around the corner from the COP site, told me that the conference had been great for business so far, something that was much needed after the lockdowns of the last year. A small comfort after walking past an unnerving placard held by a giant chicken.

Inside the COP, while the World Leaders Summit continued, the critical relationship of the food system with climate and health was at least being called out in the scientific sessions.

The WHO Health Pavilion hosted an event entitled ‘Global Food 2050: How can we deliver the climate resilient, sustainable and healthy diets of the future?’. Patty Fong, Program Director of Climate and Health & Well-being at the Global Alliance for the Future of Food, reported new analysis showing that none of the COP26 Nationally Determined Contributions (the plans put forward by each country for carbon emission reductions) considered food system emissions in a systematic way, most omitted dietary shifts and neglected food loss and waste. Panellists called out the need for a much greater focus on food systems in the climate debates.

“It’s not here at COP, it’s not being discussed enough by policymakers… what on earth are we going to be eating in 2050?”
Professor Alan Dangour, Director of the Centre on Climate Change and Planetary Health at LSHTM Wednesday 3 November: Welcome to the stage

First sighting of ‘planetary health’ in an event title … now that’s more like it. The UK Presidency Pavilion’s session on planetary health and public health was clear and powerful, presenting a positive vision of achievable gains in the future if we capitalise on the links between climate and health. Asked for their one ambition for the climate and health agenda by the time we reach COP27, the panel put forward changing the narrative of climate transition, prioritising the food system, and the importance of education.

‘Start talking positively about the picture of the future that you get if you make this transition … it’s the path to a more sustainable, more healthy future’, Dr Diarmid Campbell-Lendrum, Head of WHO Climate Change and Health Unit

‘People stop viewing these investments as a zero-sum game, but one that actually has exponential positive leverage’, Professor Vanessa Kerry, Harvard Medical School and LSHTM alumna

Thursday 4 November: What the health?

The International Panel on Climate Change (IPCC) presented the findings of their Working Group I contribution to the latest Sixth Assessment Report. Working Group I Co-Chair, Dr Valérie Masson-Delmotte, presented the headlines: ‘Heatwaves, heavy precipitation and droughts are predicated to be larger in frequency and intensity with every additional increment of global warming’.

Another alarming takeaway was that the sea level rises that we cause now will be irreversible for hundreds if not thousands of years. With no silver bullet for the damage we do now, the consequences for health will be catastrophic across the world, and across time. The new IPCC Interactive Atlas makes for a sobering but critical insight into the regional effects of climate change.

Meanwhile, the COP26 Universities Network took to YouTube to highlight ‘the devastating effects that climate change is already having on health and the significant benefits to health of rapid action to reduce climate change’. The end of my stay at COP26. Thankfully the weather of the opening weekend had subsided for the return trip to London, but a wave of protests took the city of Glasgow by storm on the youth and public empowerment day of the conference. On the train, news stories of the thousands of young people gathering to demand political action were hopeful and powerful.

We will probably never know exactly what happened during the negotiations, but the Glasgow Climate Pact has been signed and discussions at COP26 have closed. For some it marks success, for others it’s a disappointment, but the real measure will be in the concrete actions taken, starting now.

Though food systems and health did not have a proper place in this year’s climate negotiations, the commitment of scientists and practitioners to understanding these links instils some faith. We hope that the increased presence of LSHTM and others at this year’s COP will mark the beginning of a continuing trend, in which we see a growing understanding amongst policymakers, philanthropists, and the wider public that health and climate change are inextricably linked—and not at one point removed. This is hugely important, as it will help us to break down silos and further improve global understanding of the impact of climate change on planetary health. Research and awareness are growing exponentially, with continued consideration we have an opportunity to ensure that the climate transition can be a positive health transition too.

Philanthropic and non-governmental organisations (NGOs) have a key role to play here, as they are often ideally placed to generate cross-cutting programmes that can benefit areas including healthcare, human rights, biodiversity, and the environment. Funders can also support those who are working to derive multi-faceted benefits from their work, in a range of areas. By leading by example, philanthropists and NGOs can normalise this way of working, and increase expectations that projects don’t have to only focus on health or climate change or environmental protection—they can deliver impact across a range of areas, break down silos, and generate multi-faceted impact.

I hope that by COP27, we will have seen a real commitment to and real action on dramatically reducing emissions and global warming. At the very least, by working together I believe that we can make sure food systems and health are firmly on the negotiation agenda this time next year.

To learn more about the work of the LSHTM Centre on Climate Change & Planetary Health please click here, and you can find out how you can support their work on improving global understanding of planetary health, and translating this into impact on the ground, here. 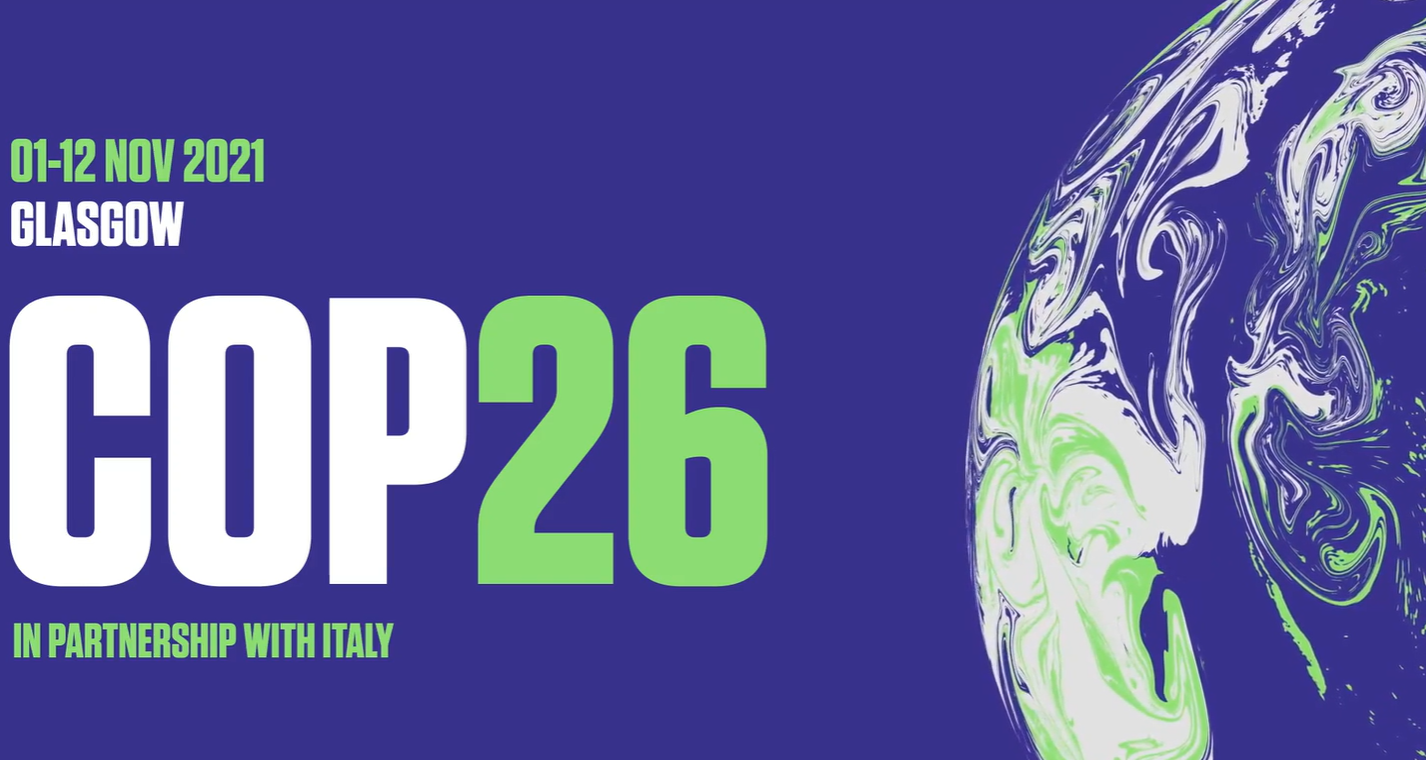 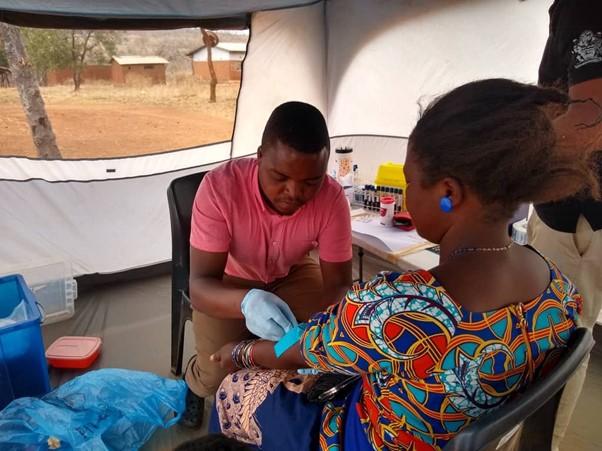 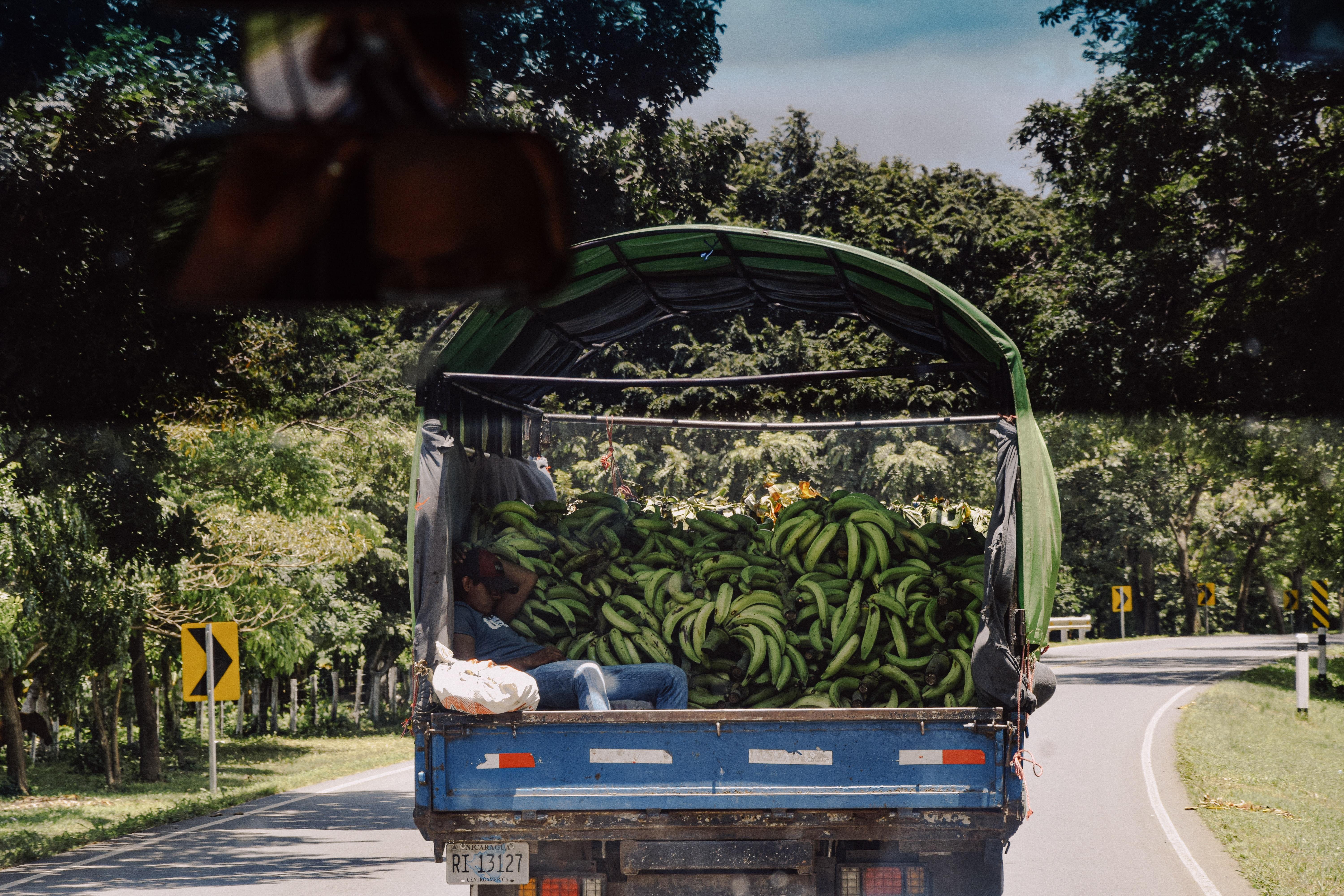