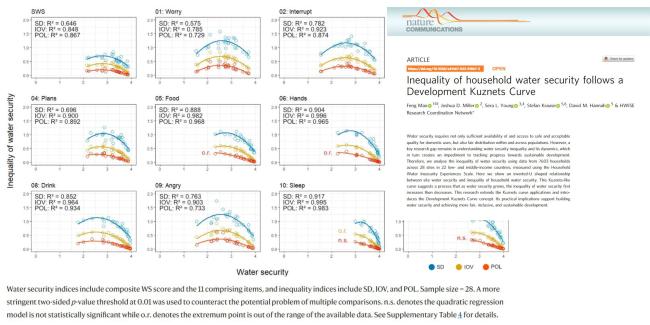 Populations require a water supply that is sufficient, accessible, safe and acceptable. They also require one which is fairly distributed.  However, there is a research gap in understanding water security inequality and its dynamics.

The Kuznets Curve (KC) is one of the most popular economics concepts for understanding inequality, it tests the hypothesis that as the economy grows, economic inequality first grows and then decreases. More recently the Environmental Kuznets Curve (EKC) was established to test the same hypothesis on environmental degradation, that it first increases then decreases. Both reflect the time lag between the introduction of market forces (KC) or technological innovations and regulation (EKC) and their effects on the broader population. However, neither has been used to assess the more holistic concept of water insecurity.

The authors set out to test if the same inverted U-shaped relationship existed between water security and water security inequality.  They also expand the model in terms of:

(1) the choice of indicator; by adding experiential water security to the existing quality and use indicators this study more directly and comprehensively addresses the impacts of water on human health, well-being, and productivity
(2) the dependent variable; adding the inequality of water security to the existing environmental elements addresses the mounting concerns of water security inequality and justice in the course of  sustainable development
(3) the independent variable; the authors argue that economic development may not be the only explanation for change, non-economic factors such as sustainable development levels may also be able to indicate or alter the distribution of resources and services. They test and compare water security inequality by indicators of development.

What are the findings?

The paper shows that economic development and sustainable variables such as water security are interdependent but refer to different goals and processes.  The authors, therefore, propose that a generalised concept of a Development Kuznets Curve (DKC) be introduced to describe the non-linear change of inequality in the process of achieving the sustainable development goals.

A new phenomenon, but why is it important?

These new findings are critical to the development process.  This global dataset shows inflated inequality during the course of providing the most vulnerable with basic services, in this example improving water security.  But this is not inevitable locally. Policymakers and funding agencies must fully consider entrenched inequalities and ensure expansions in the water supply networks avoid disparities in access and use.

This paper continues work developed during the IMMANA grant HWISE: A novel tool for the assessment of household-level water insecurity: scale refinement, validation, and manual development. 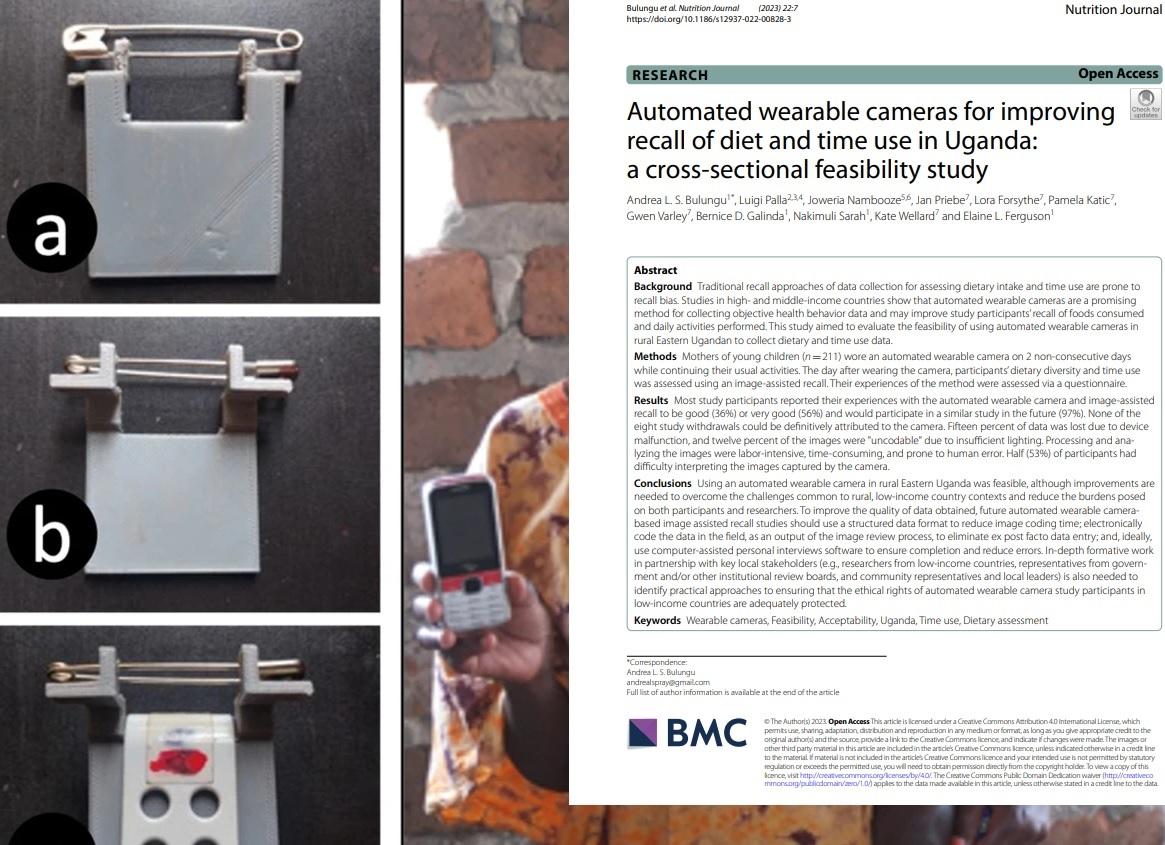 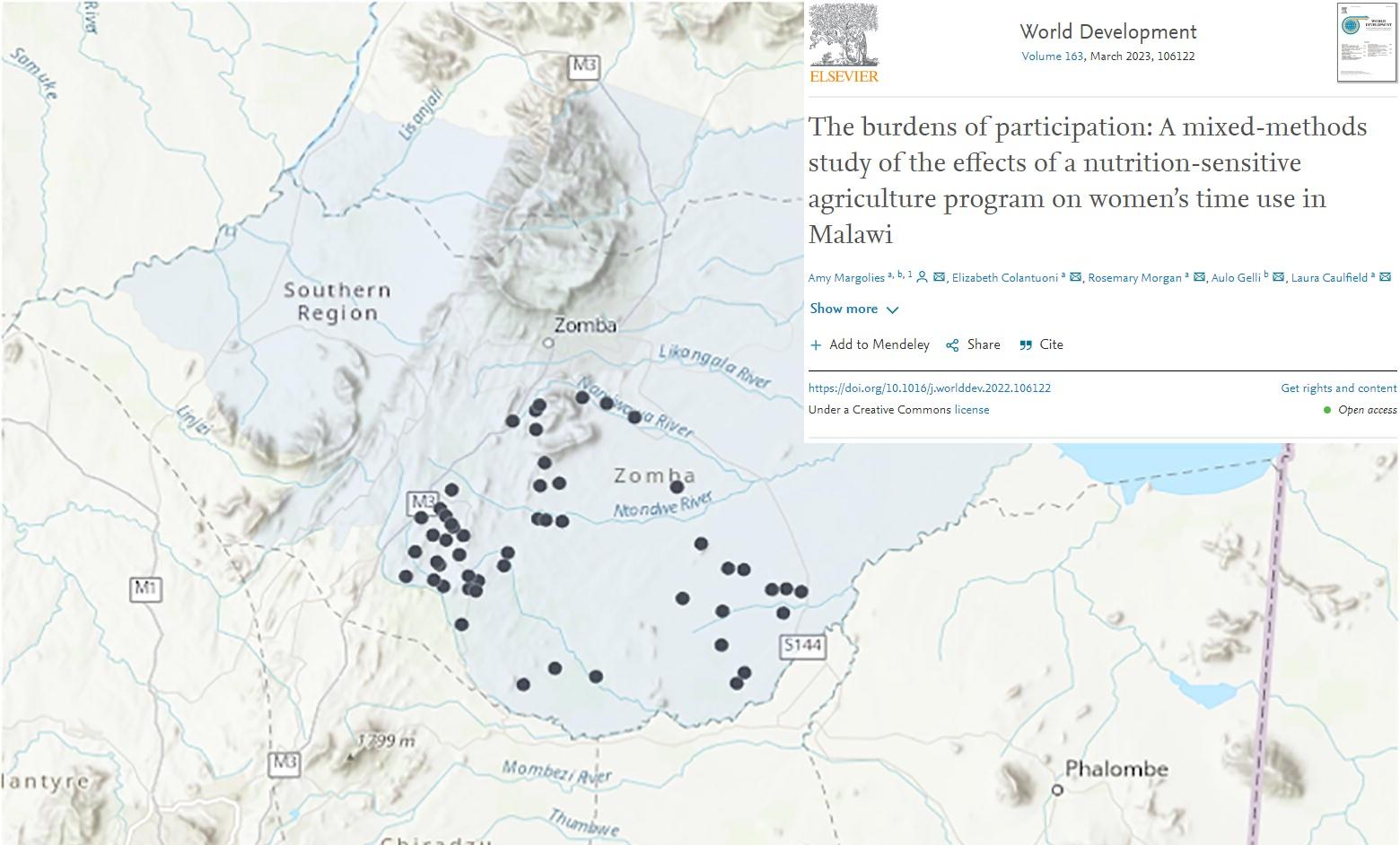